Behind the Brand – A Profile of JFS President Brandon Graham 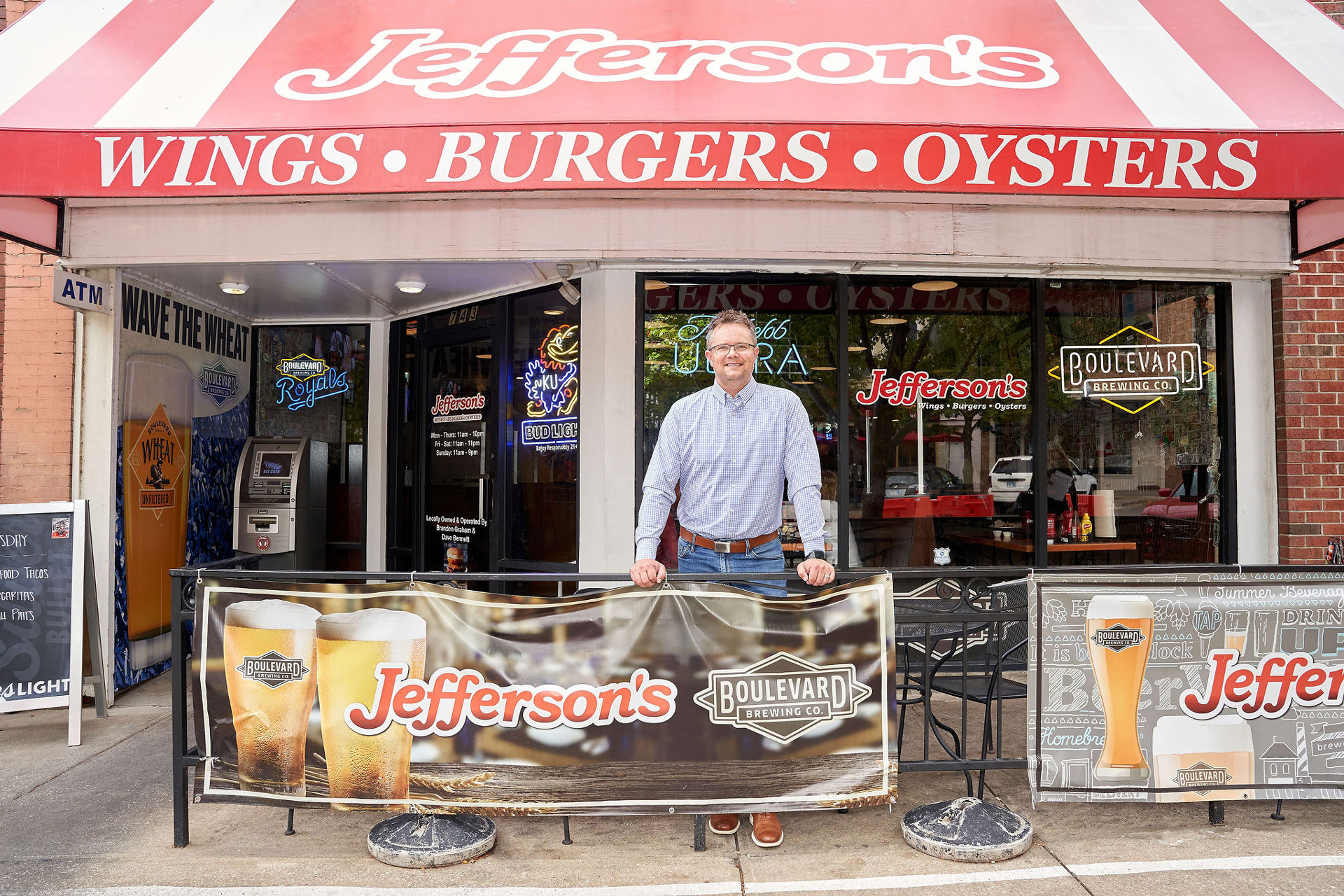 Entrepreneurship began to show up at an early age for Brandon Graham – some might just say he was born that way. Graham began mowing lawns when he was just a kid, and he made his first business acquisition – an existing lawn business – when he was just 17. He kept that entrepreneurial spirit alive throughout college and bought out another small lawn care business while still finishing his Journalism degree in strategic communications.

With up to 7 employees during peak season and service to almost 200 buildings while still a college undergraduate, Graham graduated from the University of Kansas in 2002 following a 5-year degree track, ultimately selling his lawn care business back to someone he bought out during college. Graham graduated from KU still thinking he’d end up in the corporate world, beginning as a district manager for G.E.; he left once the company sent him down the quick path to travel and relocation, seemingly the only way to climb his way through the ranks.

While at KU, Graham had met Andrea, who would become his wife and business partner, and he now describes as his “beautiful college sweetheart.” She has since become the manager of all things important and the mother of their now 10-year-old triplet sons.
Having triplet sons is something Graham found was a uniquely shared trait between himself and his mentor Dave Goebel. Being the driven family men they are, Graham naturally gravitated toward Goebel and the path he’d followed. Goebel began as a Mr. Goodcents franchisee, later becoming the company’s president, and finishing his tenure there as CEO.

Graham closely watched and learned from the wisdom and experience Goebel demonstrated both in good and tough times – integrity being of utmost importance during this more than 10-year span of their relationship. To this day, the two connect regularly. And as Graham found himself literally staring down the barrel of personal bankruptcy – in the midst of the downturn in the economy and the challenging landscape of the sandwich segment of the restaurant industry – he found himself overwhelmed and over leveraged.

Graham turned to both his father and Goebel during times like these. His father Bill Graham has been and remains his first personal sounding board, often bringing to light the necessity of a different viewpoint from someone Graham describes as being wired differently than himself.

While this period of financial strain could have ruined some, having the right mentors and people on his team meant Graham was able to learn, recover and take hold of the resources available to make a comeback. In turn, he is loyal to both those who have supported him and to his employees. He maintains an uplifting attitude and especially for those who work hard amidst the most trying times because he’s been there himself.

Military Promotion
1/2 off franchise fee for active duty military/veterans who have 50% partnership in the franchise; first locations only.

Our mission is to serve the freshest, highest quality food we can offer to the communities we are lucky to be a part of in an atmosphere that makes everyone feel at home, whether they’re a large family, a sports enthusiast or a college student looking for some chicken wings. We are committed to finding franchisees who share these values, are ready to work hard—with us by their side—and are ready to have a little fun along the way.

This website and the franchise sales information on this site do not constitute an offer to sell a franchise. The offer of a franchise can only be made through the delivery of a Franchise Disclosure Document (FDD). Currently, the following states regulate the offer and sale of franchises: Hawaii, Illinois, Indiana, Maryland, Minnesota, New York, North Dakota, Rhode Island, South Dakota, Virginia, Washington and Wisconsin.  If you are a resident of one of these states, or if you wish to operate a franchise in one of these states,  we will not offer you a franchise unless and until we have registered the franchise (or obtained an applicable exemption from registration) and compiled with the pre-sale disclosure requirements that apply in your jurisdiction.